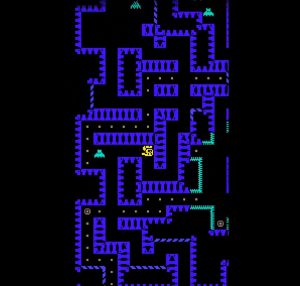 Tomb of the Mask is an arcade game developed by Playgendary Limited in 2018. It’s supported by iOS and Android devices. The app quickly became popular counting more than 100,000,000 downloads at present. As the product is relatively new, it gets constant updates.

The concept is rather exciting and specific. The main protagonist finds himself in an ancient tomb, where an unusual mask is hidden. The latter has the ability to make the wearer climb walls quickly and effortlessly. The hero has to escape from enemies and avoid traps. The only way to get out of this maze is to pass all the rooms.

There are two modes to choose from – main and arcade ones. The first one is already described above. Pass more than 400 levels, collect as many dots and coins as possible. Every time the character dies, the player loses one energy bar.

Arcade mode is endless and it has no death restrictions. The primary goal is to get as far as you can. Collect the points thrown away in front of your character and avoid dangerous traps. There is no turning back, as a deadly tsunami is always following the hero.

Controls In Tomb of the Mask

Controls are dead simple and straightforward, as the game has a 3+ age restriction meaning almost anyone can try it. Playing on a mobile device requires swiping up, down, left, or right, to move the character in a corresponding direction.

However, it’s also possible to play Tomb of the Mask using a web browser. In this case, the player uses arrow keys to control the hero. For some gamers, it’s even better, as it’s easier to react to oncoming enemies. 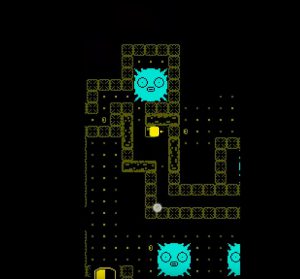 Tips To Score High In Tomb of the Mask

The game offers a unique mechanic allowing the player to change a default mask. Use it to gain different power-ups and pass the levels easier. Other tips include:

After all, practice is the key to scoring high in games like Tomb of the Mask. It requires maximum attention and speed from the player to win.